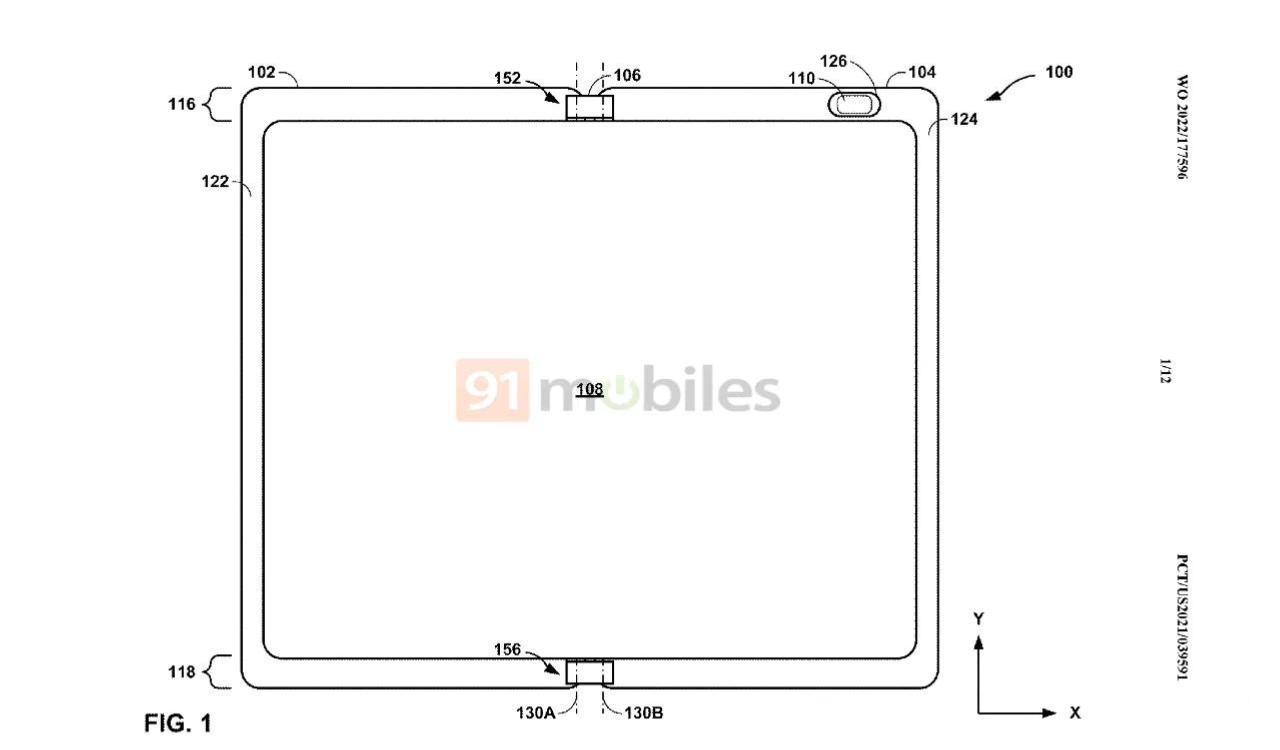 A Google foldable phone has appeared in a patent application with a similar design to the Samsung Galaxy Fold. The patent was filed at WIPO (World Intellectual Property Organization). It was submitted in June 2021 and was published earlier today. Google’s foldable phone is expected to launch later this year.

Google has been known to be working on a foldable phone for a while now, dubbed the Pixel Notepad. It was originally expected to debut before the end of the year, but that doesn’t appear to be the case, as the company hasn’t said anything about it.

It’s possible we’ll see it at the Pixel 7 series launch later this fall. Now, while we wait to hear more about the Pixel foldable phone, 91mobiles has exclusively discovered a Google foldable phone patent.

The patent was filed at WIPO (World Intellectual Property Organization). It was submitted in June 2021 and was published earlier today. Patent images show that the Pixel foldable phone has a similar design to the Samsung Galaxy Z Fold.

As mentioned, the patent was filed with WIPO back in June 2021, and the design is somewhat identical to the Samsung Galaxy Z Fold. The Google foldable phone folds in half like a notebook, but the bezels around the screen look pretty thick. As with most foldable phones with this design, there’s an unavoidable crease in the middle.

Also, the Google foldable phone in the patent appears to have a selfie camera placed on the upper bezel, unlike the recent Samsung Galaxy Z Fold 4, which has a selfie camera inside the screen.

The patent’s description reads: “A camera with an aperture is located in the bezel of the second component that meets the flexible continuous display”, which is supposed to have a cover screen for regular smartphone tasks, but The patent doesn’t show the design of the phone’s folding.

We can speculate that the main camera array on Google’s foldable phone may be similar to the Pixel 6 series, with a horizontal stripe. This isn’t the first time we’ve heard about a Pixel foldable phone, as multiple renders and patent designs have leaked in the past.