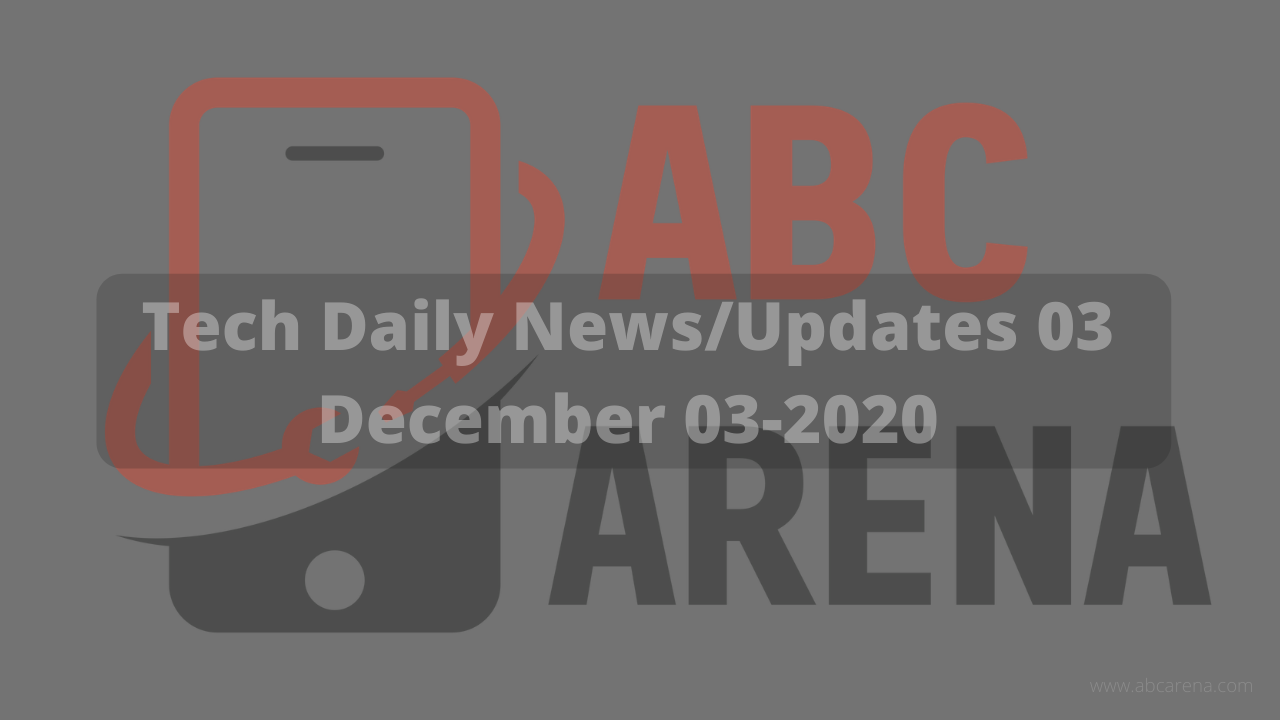 Apple, Xiaomi, Realme and many more smartphones company bring a number of new updates and its core news related to technologies and their own products. Apple has quietly introduced 1080p video support for its FaceTime App, Realme introduced many security patch ROMs for eligible devices, the biggest social giant Twitter improves its security with 2FA (Two-factor authorization). Below in this article, you can check our tech-daily news section 03. If you have missed our previous section 02 and section 01 click here to check.

Redmi 9A and Redmi Note 9 getting November 2020 patch update

[December 03, 2020]: Realme is one of the best selling company in the smartphone market and the company is growing on a continuous basis all over the world. Realme also released the monthly patch and software update to its older smartphones. Now in this article, our ABC Arena team provides you the latest patch update ROMs, and if you are Realme smartphone users while if you are searching for the monthly patch update download link so you can follow the article. Read More here

Huawei FreeBuds Pro getting 1.9.0.216 update that improves the connection stability of Bluetooth

[December 03, 2020]: Huawei has started rolling out the latest firmware update for the FreeBuds Pro and it bumps with build number 1.9.0.216  while the update improves the connection stability of Bluetooth. Read More here

Files by Google App to get a Trash Folder

[December 03, 2020]: Google on its Files app to add a Trash folder after adding a safe folder, playback speed controls, and a PDF Handler on Android. This news was first spotted by XDA’s Mishaal Rahman in the latest Files code by Google beta version 1.0.345. Read More here

[December 03, 2020]: As we know that recently Apple in its latest iOS version – iOS 14.2 added over 100 new emojis, new wallpapers, and a slew of other features last month. At the release time, the biggest tech giant dint shared anything about the1080p HD FaceTime calling on older iPhones. Read More here

MIUI 12 update available for these devices, Check the list

[December 03, 2020]: As per the security terms, the year 2020 is not very well for Twitter, in this year Twitter’s security team facing a Twitter Bitcoin scam. This scam creates a lot of questions about to the security of Twitter and the biggest social media platform Twitter team now trying to recover from this major setback, the company has approached top-notch security professionals including Rinki Sethi and Peiter Zatko. Read More here