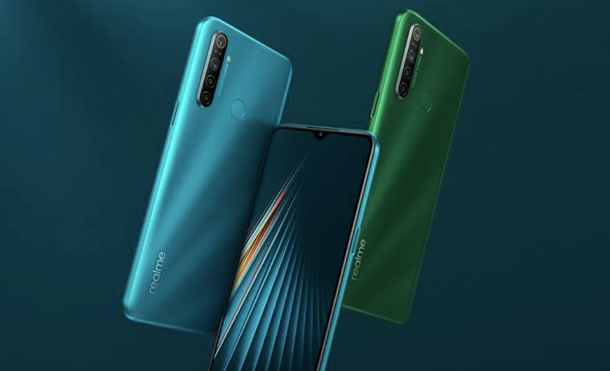 
The realme 5i mobile phones officially landed in the Indian market, 5000mAh + Snapdragon 665 processor, the price is 8999 Indian rupees (about RMB 870 yuan).

The realme 5i phone is an upgraded version of the realme 3i phone, which is also the fourth phone launched by the realme 5 series. The phone measures 164.4 x 75 x 9.3mm, weighs 195g, features a rear fingerprint, and comes in aqua blue and green colors.

For display, the realme 5i phone uses a 6.52-inch waterdrop display with a resolution of 1600 x 720 and a screen ratio of 89%. In terms of hardware, it is equipped with Qualcomm Snapdragon 665 processor, 4GB RAM and 64GB internal storage space, and the battery capacity is 5000mAh.

the Realme 5i has the quad rear camera setup that includes a 12-megapixel primary sensor along with an f/1.8 lens. It is assisted by an 8-megapixel sensor that has a wide-angle f/2.25 lens, paired with two 2-megapixel sensors that have f/2.4 portrait and macro lenses on top. The smartphone also has an LED flash. For selfies, there is an 8-megapixel camera sensor at the front along with an f/2.0 lens. The smartphone also has a list of preloaded features, including Beauty, HDR, Portrait, Timelapse, Slo-mo, NightScape 2.0, and Expert.