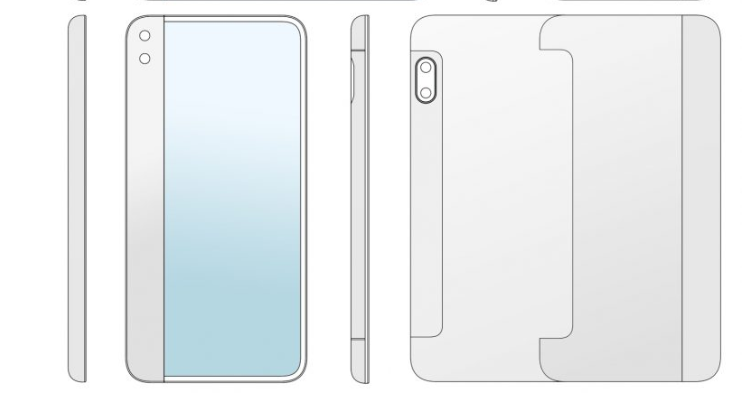 The Xiaomi’s foldable phone patent recently spotted via LetsGoDigital. Xiaomi filed a design patent for a pull-out phone with a side bar. The documentation was approved and only recently published on December 6, 2019. There are some product images included where a device is shown that can be pulled into a tablet format. It’s a very interesting take on a folding phone, which we’ve seen before.

If you remember from last month, we saw a very similar design patented by LG where the device unrolled like a scroll from a small form factor into tablet-sized device. Unlike LG’s solution however, Xiaomi’s patent seems a lot more robust. In fact, Xiaomi’s device looks like it could legitimately take form and isn’t just a plain and obvious concept.

The Xiaomi version of an extendable device begins as a normal sized smartphone, which can then be pulled to the left to extend further. The camera module on the back seems to sit on what will be the pull tab, while the front cameras sit on a side bar akin to the current back camera situation on the Mi Mix Alpha.