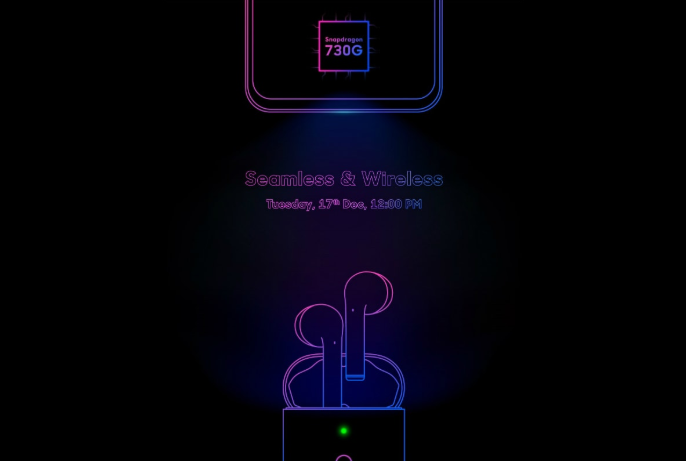 Realme has started sending out invites to India media confirming that the Realme XT 730G model and its new TWS earbuds will launch on December 17.

Realme executives, including India CEO Madhav Sheth, gave us a glimpse of the yellow color model of the Realme earbuds. Other company executives like Francis Wang and Sree Hari have further confirmed that the earbuds will come in at least two more color options including white and black.

Realme XT 730G is expected to be a rebranded Realme X2 from China, we can expect the phone to feature a 64-megapixel Samsung GW1 sensor with f/1.8 aperture primary shooter with an 8-megapixel superwide lens with 119-degree field-of-view and f/2.25 aperture, a 2-megapixel macro lens with 4cm focal length and a 2-megapixel portrait lens for adding depth effects to images. The battery on the XT 730G should be the same as the 4000mAh capacity one on the X2.

The Realme X2 in China starts at 1,599 Yuan (~$224). So expect the India pricing to be slightly higher than this figure.