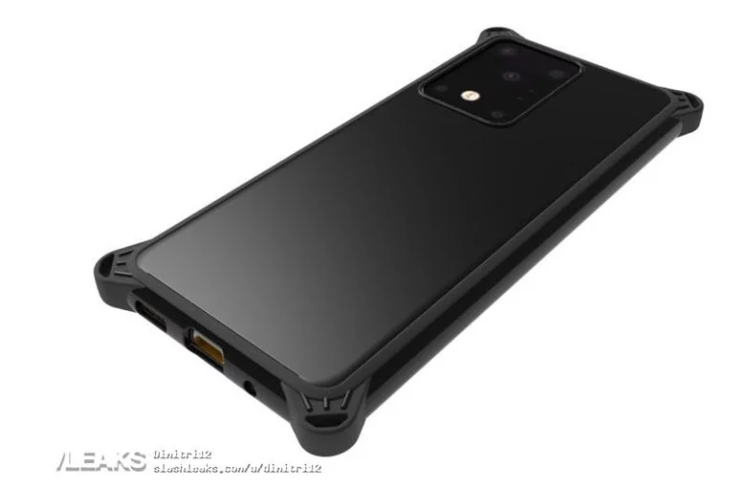 According to new images found via slashleaks, the case for the Samsung Galaxy S11+ can clearly be seen as having a distinct cutout for the penta camera module. It is in line with the previous design leak with the device having a rather large camera module which can be observed on the top left corner. On the front, a single center punch-hole selfie camera can be found.

The main camera of the Samsung Galaxy S11+ is a 108-megapixel shooter which is accompanied by a 48MP secondary camera, a ToF lens, a wide-angle camera, and a Bright Night sensor. It is said to support 10x optical zoom and up to 100x hybrid zoom. Under the hood, it is speculated that the handset will be equipped with a Qualcomm Snapdragon 865 or Samsung’s Exynos 990 for its different regional variants. Furthermore, it is reportedly powered by a 4,900mAh battery and will be priced around 999 USD.

Also, The Samsung Galaxy S11 series is expected to arrive in both 4G and 5G variants and will feature a Penta camera setup for the first time and now the a new Bright Night sensor also added to the list.

The tech giant filed a trademark with EUIPO (European Union Intellectual Property Office) for the ‘Bright Night Sensor’. The name of this new sensor is similar to the ‘bright night shot mode’ found on the Galaxy S10 and Galaxy Note 10 series. However, this time dedicated hardware can be found in the trademark description which also includes low light videography.