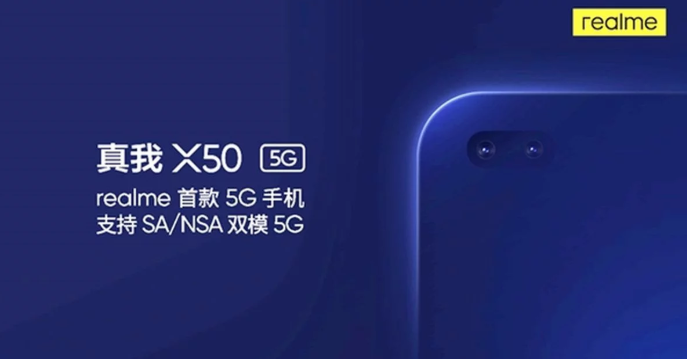 The Realme X50 5G will be featuring a S-AMOLED display of 6.44 inches that will offer 90Hz refresh rate. The Snapdragon 735 5G chipset is yet to go official. However, the leak states that the SD735 will be fueling the smartphone.

The rear shell of the phone is expected to house a quad camera setup with Sony IMX686 60-megapixel primary lens, an 8-megapixel ultrawide lens, a 2-megapixel macro lens and another 2-megapixel portrait lens.

The Realme X50 Lite (Youth Edition) 5G will be featuring a larger 6.55-inch IPS LCD display by JDI that will support the regular 60Hz refresh rate. The handset will be powered by MediaTek MT6885 5G that is yet to go official. It will be also flaunting a quad camera setup on its back. It will include a 16-megapixel main lens, an 8-megapixel wide-angle lens, a 2-megapixel macro lens and a 2-megapixel portrait lens.

The Realme X50 Lite (Youth Edition) 5G may feature a single front-facing camera of 32-megapixel. Probably, the phone will be featuring a single punch-hole on its display. The X50 Lite 5G will be featuring a massive 5,000mAh battery that will support VOOC 4.0 Flash Charge technology. The device may arrive in China in variants such as 6 GB RAM + 64 GB storage and 8 GB RAM + 128 GB storage.