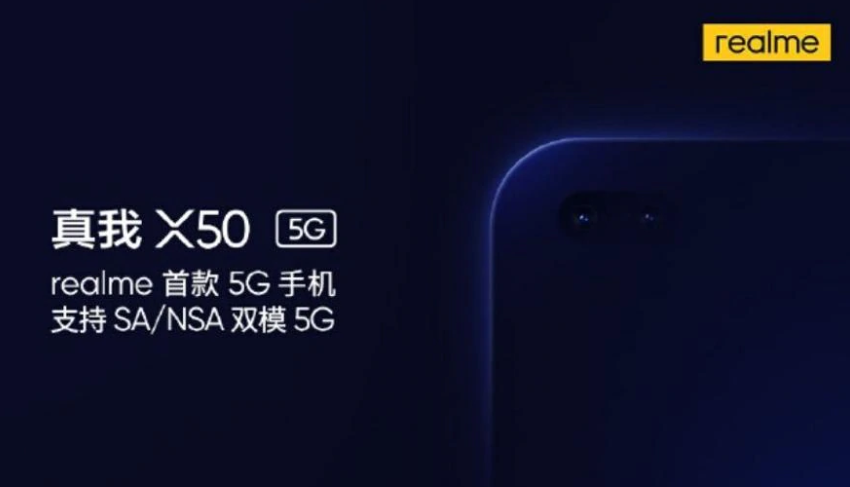 
Realme X50 5G smartphone was confirmed by the company’s CMO Xu Qi Chase on Weibo. He also shared a teaser which shows the outline of the phone. Realme X50 5G phone is seen with a dual-camera setup hinting at a punch-hole display. This would make the X50 the first Realme phone with a punch-hole camera display and 5G support as well. The teaser also confirms that Realme X50 5G will support standalone and non-standalone 5G networks.

Realme X50 5G smartphone is expected to launch in China in the coming weeks. Realme India CEO Madhav Sheth had also confirmed the company will bring its 5G phones before it even commercially rolls out in India. 5G connectivity in India is scheduled to roll out by 2020 with trial runs having begun earlier this summer.

Realme’s rival company Xiaomi is also slated to launch its 5G smartphone which would compete with the X50. Redmi K30 series along with a 5G model is scheduled to launch on December 10 in China. Like the Realme X50 5G, Redmi K30 will also support standalone and non-standalone networks, and feature a dual camera punch-hole display.