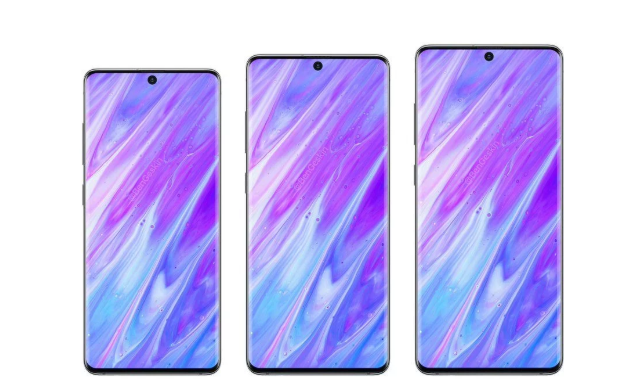 According to Matrix Life German publication, Samsung will be holding a launch event on Feb. 11 to announce the Galaxy S11 lineup. The report claims that S-lineup will include Galaxy S11e, Galaxy S11 and Galaxy S11+ phones.

The Galaxy S11 and S11+ will be featuring 120Hz refresh rate screens to raise the competition bar higher. As it has been revealed by the renders by @OnLeaks, the S11+ may feature a 6.9-inch AMOLED display with a punch-hole at the top-center position. Owners of the S11 and S11+ will have the power to lack the refresh rate at 120GHz or let it adjust automatically. Reputed tipster Evan Blass had recently revealed that the three phones of S11 series will have 6.4-inch (or 6.2-inch), 6.7-inch and 6.9-inch screen sizes.

The publication has further revealed that the S11 series will be available in Snapdragon and Exynos CPU variants for different markets. Europe will get the Exynos 990 5G chipset powered S11 series. The S11 will be arriving in SIM and eSIM editions whereas the S11+ will carry support for 5G connectivity.

Matrix Life has stated that the setup will include a 108-megapixel primary lens, a telephoto lens of 48-megapixel with 10x loseless zoom and 100x hybrid zoom support. A recent patent filing by Samsung suggest that S11 series may offer OIS enabled 5x optical zoom feature. The S11 and S11+ will also support 8K video recording at 30fps.