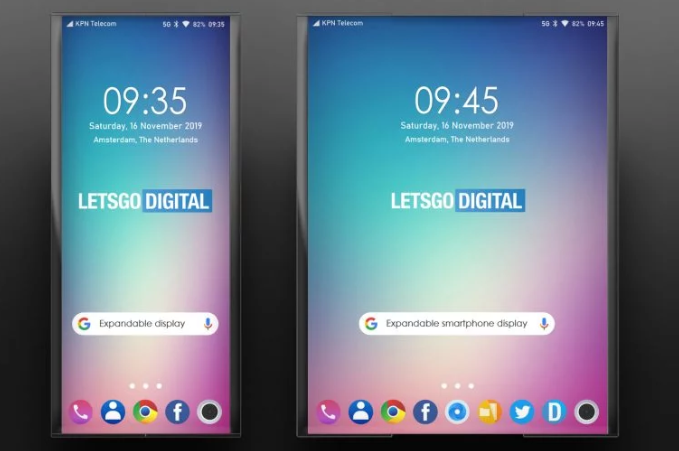 LG’s patent takes a markedly different approach to the whole folding phone concept in that the phone itself doesn’t seem to fold. Instead the company has made what is essentially a phone with an expandable display. The phone looks generally like a standard smartphone, but the display can be extended to both sides, making the display wider. The aspect ratio makes it seem a lot more like an e-reader than a smartphone.

We can assume the extra display tucks into the sides of the housing, but it’s not clear where the cameras, sensors or other essential parts of the smartphone would go on the device.

Also Read: Samsung updates its official site with support page for its next foldable device