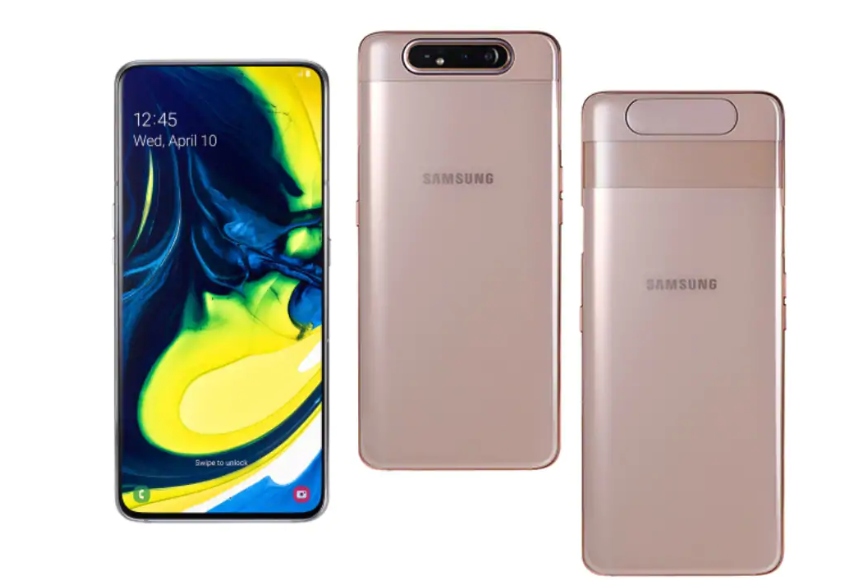 Samsung only announced a single variant with 8GB of RAM and 128GB of storage. However, a new TENAA listing shows china users soon getting a 256GB version.

TENAA’s database recently added a new entry for the Galaxy A80 (SM-A8050) and the listing shows the device was certified on the 12th of November. There is no difference in the specs save for the addition of a 256GB variant.

The Galaxy A80 has a 6.7-inch Super AMOLED display with a 1080 x 2400 resolution. It is powered by a Snapdragon 730G processor paired with 8GB of RAM. The primary camera is a 48MP sensor and it is paired with an 8MP ultrawide camera and a TOF 3D camera. The phone also has an in-display fingerprint scanner and uses Sound-on-Display rather than a traditional speaker.

There is no audio jack but you get NFC, Bluetooth 5.0, and a USB Type-C port. Under the hood is a 3700mAh battery with support for 25W fast charge. The Galaxy A80 ships with One UI based on Android 9 Pie.