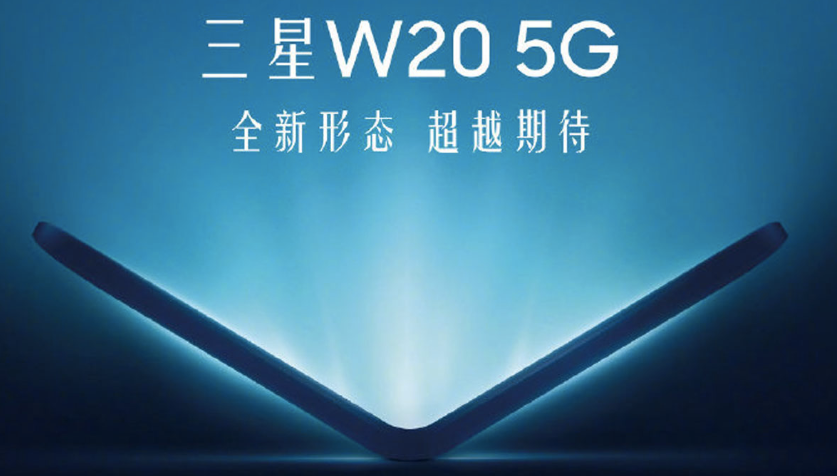 
A recent Weibo post now suggests that the company will launch a new foldable phone under its W series, called the Samsung W20 5G, sometime in November. Samsung’s flip-phones typically have launched under its W series and the teaser image shows the silhouette of the sides of a partially opened flip phone. The Samsung image also reveals the name of the device.

A recent Weibo post by China Telecom features a teaser for the Samsung W20 5G foldable phone, due to launch sometime in November. This is most likely the successor to the Samsung W2019, which is clamshell phone which launched around the same time last year. However this time, instead of a physical keypad, we could be looking at full display which folds in half, similar to the Galaxy Fold. The teaser image shows a silhouette of the sides of the phone, in a partially opened position with light emanating from where the display should be. It may have a display on the outside as well. Of course, all this could just have been done for dramatic effect and the W20 5G could simply be another normal clamshell with a physical keypad. The post was spotted by Fonearena.