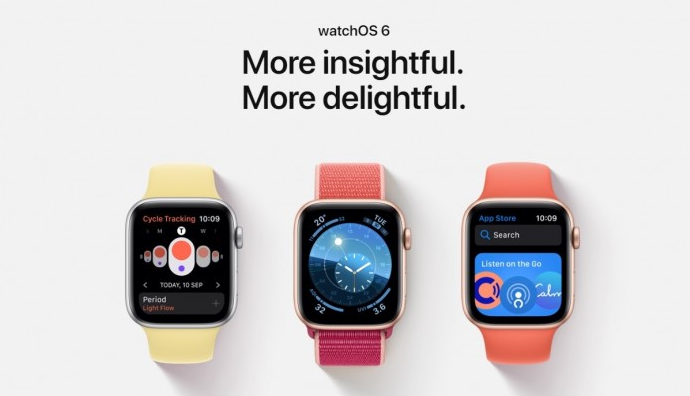 Apple has released the latest watchOS 6.1 update which not only brings watchOS 6 to the Apple Watch Series 1 and Series 2 but also brings performance improvements. While watchOS 6 made its debut last month, Series 1 and Series 2 owners were not a part of the rollout. According to a report, the new update also brings support for Apple’s new AirPods Pro which features Active Noise Cancellation for the first time.

The Apple Watch and AirPods Pro let users leave their iPhones at home. It will allow music to be played that is saved on the internal storage of the smartwatch. It will also allow streaming music from select services, directly from the Watch to AirPods Pro.

During beta testing, the update also appeared to improve battery life performance for the Apple Watch Series 5. Apple Watch Series 1 and Series 2 users can expect several new watchOS 6 features such as apps for the Calculator, Voice Memos, and Audiobooks. The latest update comes with a dedicated App Store for Apple Watch apps, where users will be able to search, discover and download apps directly from their watch. To update your Apple Watch to watchOS 6.1 just head to General > Software Update section of the Watch app on iOS.