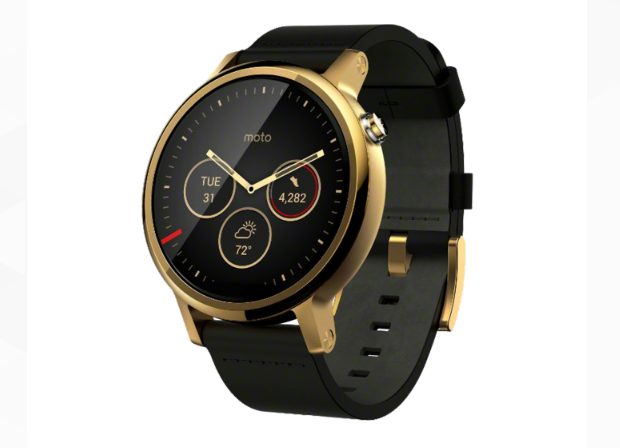 Moto 360 is one of the earliest Android Wear smartwatches, and its sleek display and approximate mechanical watches have impressed many Android users. Now it is back to life and ready to return to the market. First, although this watch may be called Moto 360, it is not made by Motorola, and a company called eBuyNow is licensed for production and sales.

Moto 360’s new Qualcomm Snapdragon Wear 3100 platform with 1GB of memory, 8GB of storage, a round surface design, built-in 1.2-inch 360×360 OLED touchscreen, integrated GPS and NFC (the latter for mobile payments) and heart rate monitor . There are two buttons on the side and the button on the top can also be used as a scroll wheel for scrolling up and down in the Wear OS interface.

The new Moto 360 is available in three colors (black stainless steel, silver or gold) and the straps are interchangeable. eBuyNow also promises to integrate fast charging, with the built-in 355 mAh battery fully charged in one hour and with “all day” battery life and low power mode, which extends the usage time after a single charge to several For a long time, finally, it has 3ATM waterproof function.