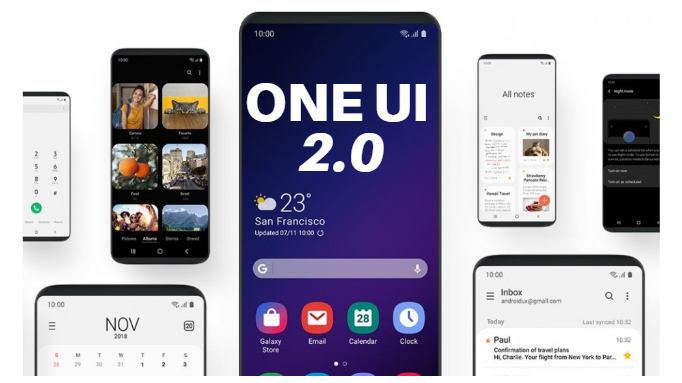 Only proceed with the instruction after reading them through and we’ll not be held accountable for any issues occurred during or after the installation. Also, this is a manual installation process so you won’t receive further version upgrades until you are registered for the beta program.

Download the beta firmware according to your smartphone listed below:

NOTE: THESE UPDATE.ZIP’s ARE ONLY FOR DEVICES WITH MULTI-CSC OXM!!!

**RENAME THE FILE TO update.zip**

Here, the region code is DBT, but since Germans use the same device model numbers as the rest of the world that uses the Exynos variants, it is possible to install the new Android 10 beta on an Exynos variant of the S10 series.

Your smartphone must be running the latest build ASII to qualify for the Galaxy S10 series One UI 2.0 update. The device must be a multi-CSC OXM unit. To verify this, key *#1234# in the dialer and check if OXM is in the CSC-build.

STEPS TO INSTALL ONE UI 2.0 BETA ON THE GALAXY S10 SERIES:

It has issues with ‘android.process.media’.

You can go to the XDA Developers page for the full set of instructions on how to install the firmware alongside the download links.

Thanks to Xda member Cyber John for extracting the Update.ZIP file from the international variants of Galaxy S10, S10e, and S10+ (SM-G97xF). Also, thanks to another Xda member henklbr for sharing the build and guide to install this firmware.