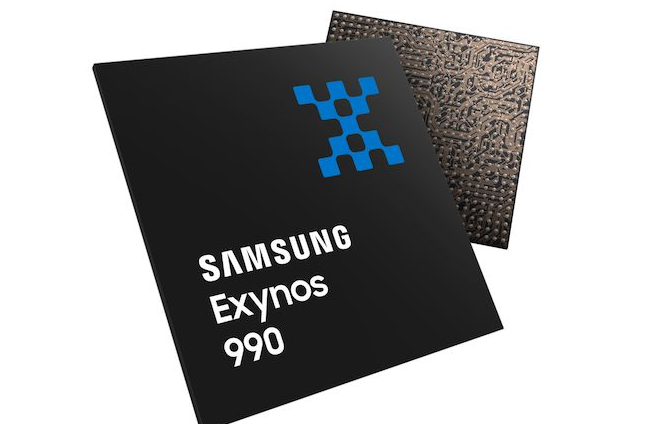 Samsung announced the brand new Exynos 990 chipset – likely to be Samsung’s flagship SoC for 2020, employing the newest IP and offering the newest features on the 7nm EUV manufacturing node. The chip closely follows the release of the Exynos 980 earlier in September, and both new silicon chips bring with them 5G connectivity alongside their new product naming scheme.

Samsung seemingly is continuing with their custom CPU designs for this generation, and we’re seeing the deployment of the new Exynos M5 microarchitecture. Samsung quotes that the new design is 20% faster than the Exynos M4 in the 9820 – a bit of a conservative figure given the larger process node improvement. The new CPU will have to compete against the next generation Snapdragon flagship which most likely will come with Cortex-A77 derived cores which promises 23-30% IPC increases – unless that chip comes with clock degradations, the new M5 will have a hard time competing.

Samsung has upgraded the middle core from the Cortex A75 in the previous generation a newer Cortex A76 design, which should provide a more significant performance uplift in every-day workloads. Finally, we continue to see Cortex A55 cores as the little efficiency cores. Samsung doesn’t disclose the clock frequencies of any of the CPU clusters, but advertises that the overall improvement of the new tri-cluster is 13%.

The Exynos 990 sees a big GPU upgrade in the form of the new Mali-G77 in an MP11 configuration. The new Valhall architecture promises to be a very large performance jump for Arm’s GPU IP, and it looks like the new Exynos will be amongst the first chipsets to employ the new GPU family. Samsung press release claims we’ll see performance uplifts of up to 20%, or power efficiency gains of up to 20%. The increase seems quite meagre given the process improvement as well as the new GPU architecture, it seems very unlikely Samsung will be unable to catch up to Apple’s newest chipsets – and Qualcomm is expected to have a big generational jump as well.

One fundamental change that the Exynos 990 brings with itself is the transition from LPDDR4X memory to LPDDR5 memory. This allows the new chipset to increase the memory controller frequency from 2093 MHz to 2750MHz and we’re also expecting the new DRAM technology to bring power efficiency gains to the table.

Samsung discloses that the chip comes with a dual-core NPU and a new DSP which can perform over 10 TOPs in computational throughput – it’s not exactly clear here if Samsung is referring to the DSP’s capability or the combined capabilities of the NPU and DSP. The Exynos 9820’s NPU had a throughput of 1.86TOPs.