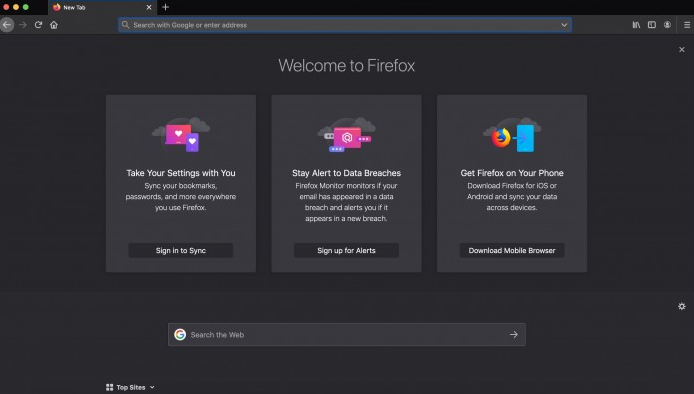 Mozilla today officially announced Firefox 70.0 for desktop computers, as well as 68.2 for Android and the long-supported version of Firefox ESR 68.2.0. Despite the milestone version number, Firefox 70 doesn’t have much new features. The most obvious changes are just the updated icons and the new welcome screen, as well as better support for the operating system’s system dark mode. Enhanced Tracking Protection (ETP) is now the default for all platforms and users.

Firefox 70 opens the social network tracking protection component as a standard feature of its ETP system, which prevents cross-site tracking from Facebook, Twitter and LinkedIn.

In addition, Firefox 70 adds a new privacy report that can be accessed by selecting “Privacy Protection” from the Firefox main menu. This provides a summary of your current level of protection and shows how many trackers are blocked each day in the past week (divided into five protection categories provided by ETP).

Firefox’s core engine components have also been improved to deliver better performance – including the faster Javascript Baseline Interpreter, the wider launch of the WebRender graphics rendering engine for Windows , and the synthesizer improvements for macOS. Reduce power consumption, speed up page loading by up to 22%, and reduce video resource usage by 37%.