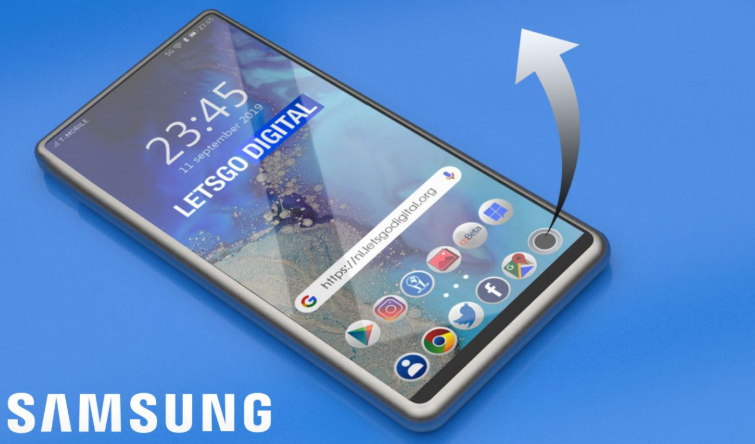 
According to persistent rumors, the two competing tech firms have already cracked it. However, Samsung is going one further by looking at what comes after under-screens become commonplace.

A patent application discovered by Dutch-language leaksters LetsGoDigital reveals one idea for the future of selfie cams. Not content with embedding a camera underneath the housing to increase the screen-to-bezel ratio, Samsung has filed a patent titled ‘electronic device including flexible display’.

In a design that echoes the Samsung Galaxy A80 with its rotating camera, allowing for excellent picture quality in both directions, Samsung has patented a ‘rollable’ slide display that will shift the camera on the back of the phone into a spot underneath the screen on the bottom right-hand corner of the device.

After phones ditched flips, slides and pop-out features in favour of the now-ubiquitous glass rectangles, it’s quite entertaining to see how the drive for bezel-less screens are implementing tactile hardware features once again. For now, we’re anticipating the under-screen camera developments from the upcoming Huawei P40 Pro, and how Samsung will riposte with the Galaxy S11 next year.