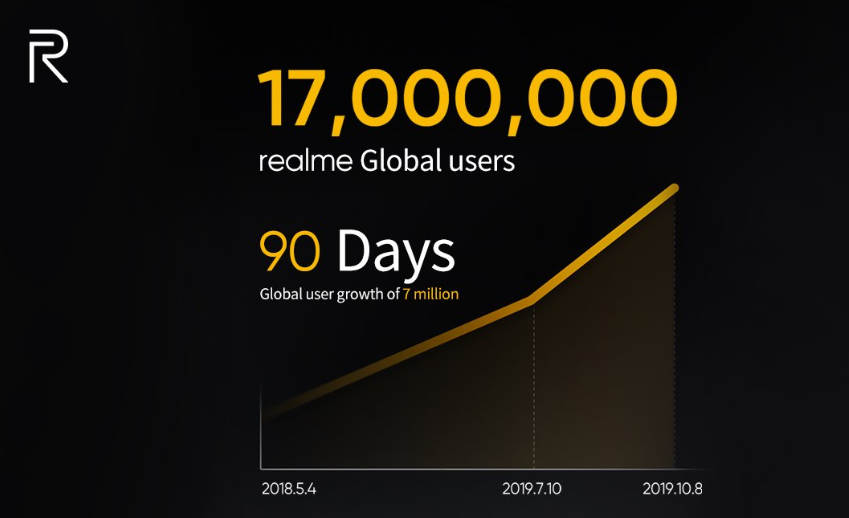 
Realme has hit the mark of 17 million users globally with seven million people added in the last 90 days alone, India CEO Madhav Sheth announced through a tweet posted on Thursday. The Oppo spin-off brand came into existence back in May last year with the launch of the Realme 1.

Sheth through his tweet underlined that seven million new customers joined Realme in the last 90 days, and that the 17 million global users figure is also the number of its active users. However, the executive didn’t reveal any market-specific data. This means that it’s unclear how many Realme users currently exist in India.

#realme family is now 17 million strong globally.
Infact 7 Million new fans joined us in just last 90 days!
These are the number of active users having realme smartphones in their hands. #DareToLeap pic.twitter.com/lt8JzLFAyi

According to a report by CyberMedia Research back in August, BBK Group that comes as the parent company of Oppo, Vivo, Realme, and OnePlus, pulled alongside Xiaomi to capture a combined share of 30 percent in the country.