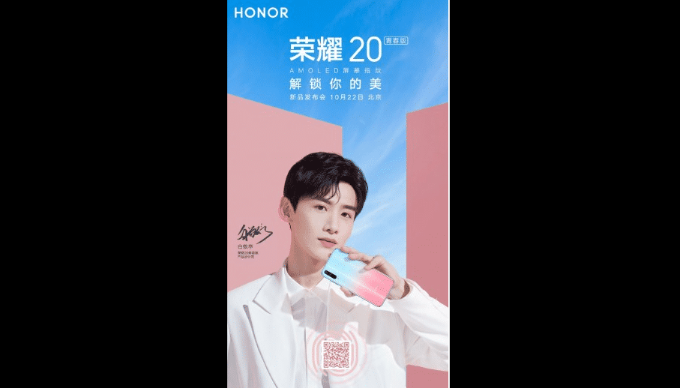 According to the weibo, The Honor 20 Lite will officially arrive on October 22 with no fingerprint scanners on the back – the sensor will be on the front, under the AMOLED screen.

The device will have an under-display fingerprint scanner is not a novelty in the smartphone industry, but for some reason, Honor has only one smartphone with the technology – the Magic 2 slider that is available only in China.

The new Honor 20 Lite (not to be confused with the global Honor 20 Lite, sold in China as Honor 20i) will be among a handful of smartphones from the Huawei subsidiary with a non-LCD panel.

Other specs of the phone include a Kirin 810 chipset, up to 8 GB RAM and 256 GB storage. There are three cameras on the back, the main one being 48 MP.