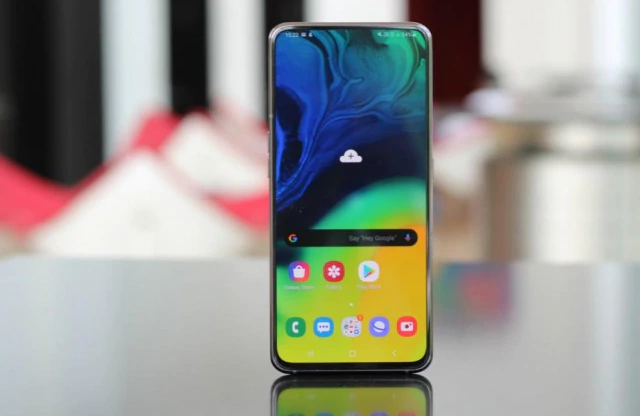 The Samsung Galaxy A91 will come with model number SM-A915F. The phone is said to have the Qualcomm Snapdragon 855 SoC, coupled with 8GB of RAM and 128GB of onboard storage. It is also rumored to have microSD card support for storage expansion up to 512GB.

On the display front, the Samsung Galaxy A91 is said to feature a 6.7-inch full-HD+ Infinity-U display. The phone would also have a triple rear camera setup, with a 48-megapixel primary shooter sporting Optical Image Stabilisation (OIS) — just like the Samsung Galaxy A90 5G.

However, on the upgrade side, it is said to have a 12-megapixel secondary camera with an ultra-wide-angle lens over the 8-megapixel sensor available on the Galaxy A90 5G. The camera setup of the new phone is also rumoured to include a 5-megapixel depth sensor, and for selfies, we can expect a 32-megapixel camera sensor at the front along with an f/2.2 lens.

Unlike the Galaxy A90 5G, the Samsung Galaxy A91 wouldn’t support 5G networks. Other connectivity options on the new phone are said to include Wi-Fi 802.11ac, Bluetooth v5.0, and USB Type-C port. The Galaxy A91 is also reported to pack a 4,500mAh battery, which we also saw on the Galaxy A90 5G. But on the upgrade side, the new model is claimed to support 45W fast charging technology. It is, however, unclear whether the company would include a 45W charger in the box or the customers would have to get a separate charger.