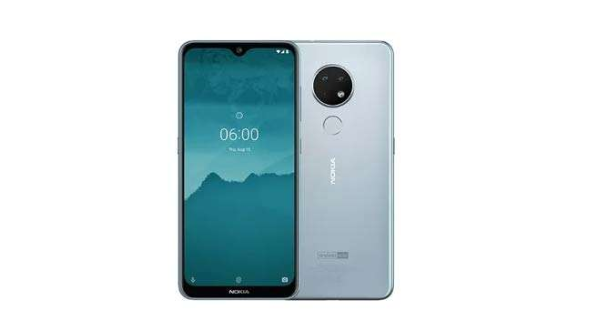 HMD Global launched Nokia 6.2 and Nokia 7.2 smartphones this year. These have been introduced during the IFA 2019 Tech Show. Nokia 7.2 has been launched a few weeks ago. At the same time, now the company is ready to launch Nokia 6.2 in the Indian market. This phone will be launched today, October 11. This phone will be an upgraded variant of Nokia 6.1. Nokia 6.2 is expected to be launched with triple rear camera, Always-on display, Android One certification and two days battery life.

The phone can be offered with 6 GB RAM and 64 GB variants including 4 GB RAM and 64 GB storage variants. This phone is likely to be launched in India at an initial price of Rs 14,999. It will be made available exclusively on Amazon.

It will have a 6.3-inch full HD Plus display. Its aspect ratio will be 19.5: 9. At the same time, teardrop notch will also be present. This phone will be equipped with Qualcomm Snapdragon 636 processor and up to 6 GB of RAM. Apart from this, 64 GB internal storage will also be present. By the way, this phone is expected to be introduced with Android 9. But it will be interesting to see if the company will introduce it with Android 10 or not.